What is a beer bike?

Sactown Social Bikes – What is a Beer Bike? 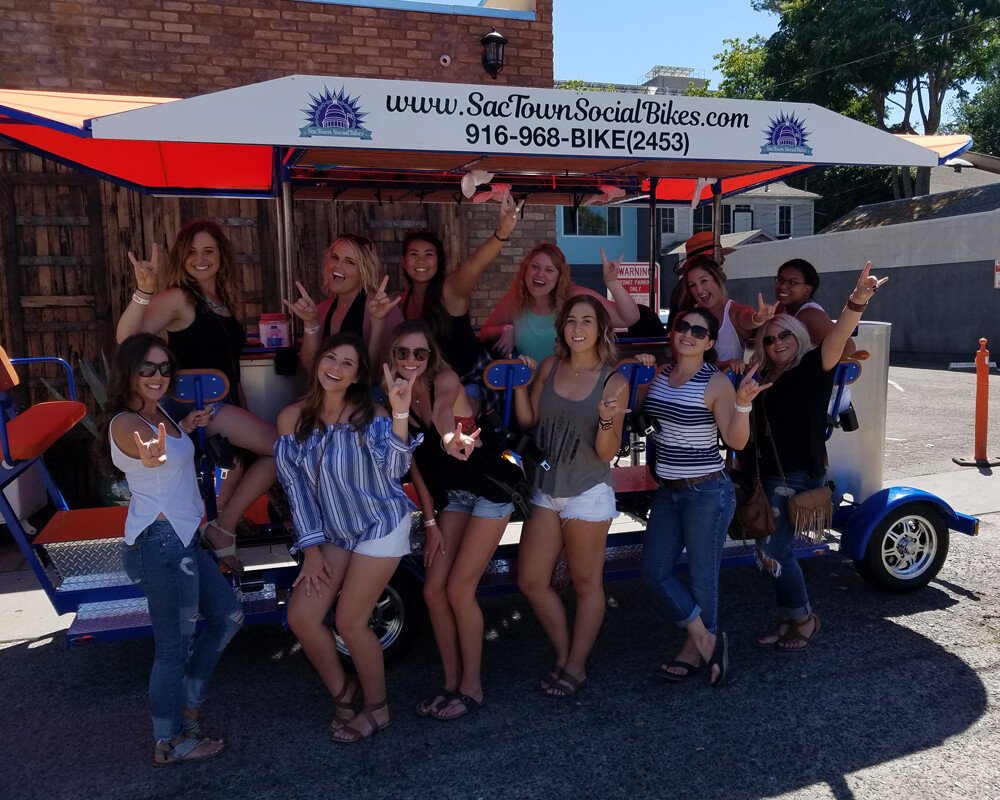 It’s the latest way to socialize with family, friends, coworkers, sports and team building organizations. A beer bike, party bike, pub crawler, or bike bus, call it what you like, it’s a bike that holds 8-15 passengers who pedal together to move a bar on wheels.

The beer bike first came onto the scene in 1997 when Zwein van Laar and his brother built the contraption for a parade in the Netherlands. This Pub on wheels held up to 16 people and soon became what we all know as a beer bike. It is believed that James Watts was the first American to see this party bike in Amsterdam and bring it to America. He started Cycle Pub and branded his bike. He is in Bend Oregon where he runs his touring business as well as manufacturing his Cycle Pub bikes. He got the city council in Bend to allow drinking on the bike while touring different brewpubs and breweries. He is a true entrepreneur; he is paving the way for other small businesses to succeed in this new industry.

Not all beer bikes are equal

Some beer bikes have power assisted motors to help take off or go up hills. Well made bikes are easily moved when passengers pedal together. They usually have bright pretty lights at night and music to create the party atmosphere.

The fun is being in a different social setting celebrating and having a blast with friends and family. The bike is similar to a limousine ride only more fun. The bike becomes the party place. Beer and wine can now be served on the bike in California pending each cities approval.

At Sactown Social Bikes we let you pick your beer bike tours and where to want to go within the midtown boundaries. You can pick between 3-4 stops depending on locations and BYOB is allowed at no extra charge. Children 12 and older can also ride the bike with pizza, parks, and ice cream as their stops.

At Sactown Social Bikes we love to party and have fun!

We are flexible to help with your plans and make your event a success. Birthday’s, Bachelor/ Bachelorette, Anniversary, End of the year Sports Team party, Corporate Event or just a Sunday Fun Day are perfect for a beer bike tour. We offer 3-hour tours 7 days a week. 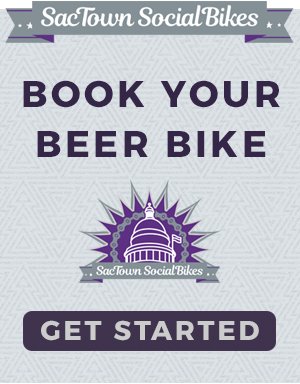